Below is a sample of a post from a favorite blog of mine and published by Wendy VanHatten (also of VanHatten Writing Services). It is a wonderful mix of short talk and beautiful photographs. Here is a link for you to check it out and follow if you like: http://travelsandescapes.blogspot.com/ 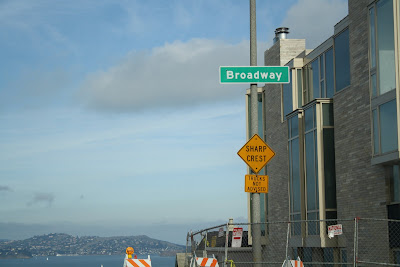 San Francisco has more than hills...although the hills are impressive. 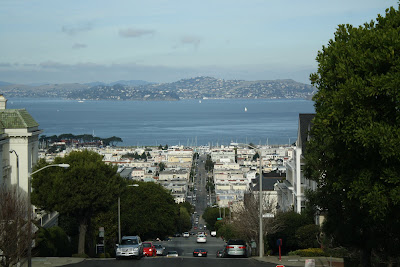 And views from those hills are equally as impressive.

Located in the heart of San Francisco's Theatre District , between Union Square and Nob Hill, is the Marine's Memorial Theatre. This historic landmark is a major player in the regional theater scene, bringing New York and regional performances.
Arthur Miller's "The Crucible" and "Death of a Salesman", Tennessee Williams "Camino Real", "Mother Courage" by Bertholt Brecht, and "Becket" by Jean Anouilh...to name a few from 1955 to 1965.
From 1967 to 1982 other famous plays and actors appeared on stage. "Long Day's Journey Into Night" by Eugene O'Neill and "The Boys of Autumn" starring Burt Lancaster and Kirk Douglas are just a couple. Many more have followed since then.
This 650 seat theater, built in 1926, originally was home of the national radio broadcasts featuring Jack Benny, Bob Hope, Bing Crosby and Frank Sinatra.
Shows, including "Forever Tango" and upcoming 10th Annual Sketchfest bring celebrities, dancers, and actors to the stage. It is definitely worth a stop when in San Francisco. Better yet...make it your destination.
Check out the upcoming performances at www.marinesmemorialtheatre.com.
Posted by Terry Minion at 5:00 PM