Upward Trend is pleased to announce that our latest Trend Setter Package of services client is a start up business, DeVille Enterprises, Inc. Deville Enterprises is the new owner of the old Vacaville Theater at 308 Main Street in Downtown Vacaville CA. Their plan is to completely renovate the old theater and remake it anew. It will be called the DeVille Theatre. 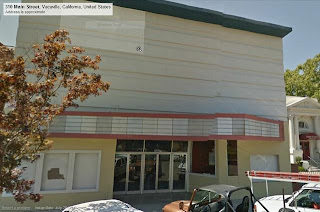 The word deVille is latin for of the town and their intention is to create a new landmark for the City of Vacaville by bringing a wide variety of live entertainment that is mainly focused on music, but will also include plays, comedy and more.
In addition to the 600+ capacity venue of the theatre, they also intend to bring larger concerts and well-known acts to Vacaville at other locations. They want to put Vacaville on the map as an entertainment destination and at the same time be a launching point for up and coming musical artists, local and from out of the area. They want it to be a "cool place to go, have fun, and be affordable."
With the volume of work ahead of the partners in the DeVille Theatre, it will be many months before it can open, but look for more about this venture and happenings on the Internet via the Trend Setter Package, which includes a website, a separate blog, social media including facebook, twitter and linkedin, a monthly email newsletter, video and a YouTube channel, consulting and more.
Below is a bit of history of the old theatre:
The Clark Theater opened in 1926. By 1941, it had been renamed Vacaville Theater. It underwent some improvements in 1952, by San Francisco based architect/designer Gale Santocono.

In the early 1960’s, this theater was part of the West Side-Valley Theater chain.
At the beginning of 1926, Vacaville had one theater for motion pictures. It was the Strand. During the course of the year, in all likelihood, it became known as the Clark Theatre after having been purchased by W. J. Clark. Two newspaper advertisements for this venue are shown below. The Strand Theatre advertisement dates from January, 1926 and the Clark ad dates from December, 1926. 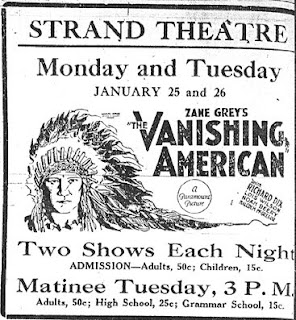 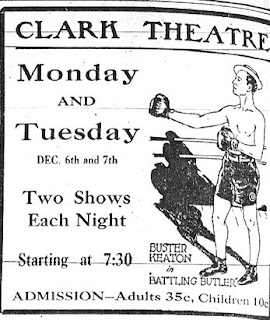